Successful Passed In Opposition Half

In June 2015, the Club confirmed the signing of Tom Cairney from Blackburn Rovers. It would prove to be one of the most important signings in our history.

The midfielder spent time in the Leeds United academy but made his professional breakthrough at Hull City, scoring on his debut in August 2009 and going on to make a number of appearances in the Premier League.

Prior to the 2013/14 season, Cairney joined Blackburn on loan until January, with his impressive displays resulting in the move being made permanent in the New Year. He ended the campaign by winning the club's player of the season award, and he also claimed Rovers' goal of 2014/15 accolade. He left Ewood Park having scored nine times in 85 appearances.

In his first season at Craven Cottage, Cairney nabbed up eight goals in 42 appearances for the Whites.

The following term he carried on where he left off, and went on to win the Sky Bet Championship's Goal of the Month award for December for his volley at Wolves, before being named EFL Player of the Year at the London Football Awards in March. He led Fulham to the Play-Offs - where we were beaten in the Semi-Finals by Reading - and was subsequently voted as our Player of the Season, and named in the PFA Team of the Season.

Ahead of the 2017/18 campaign, Cairney was officially named Club Captain following the departure of Scott Parker.

After overcoming a knee issue, Cairney went on to lead his side to Play-Off glory at Wembley Stadium, scoring the winning goal as the Whites defeated Aston Villa. It was an effort which won Fulham's Goal of the Season award, and he was again named in the PFA Team of the Season.

Despite Fulham's relegation from the Premier League a year later, Cairney reiterated his commitment to the cause by penning a new long-term deal at the beginning of May 2019. It proved to be a good decision for all parties, as Cairney immediately led his side to Play-Off glory for the second time in three years.

The 2021/22 campaign was emotional one for our skipper. Having not kicked in a ball in anger for 10 months, he stepped off the bench against Cardiff City in October to break the deadlock - a strike which ended up winning our Goal of the Season.

His injury problems seemingly behind him, Cairney played a key role for the remainder of the campaign, even scoring our 100th league goal of the season in our title clinching 7-0 victory over Luton Town.

Born in Nottingham, he represented Scotland at Under-21 level having qualified through his father, before making his senior debut against Canada in March 2017. 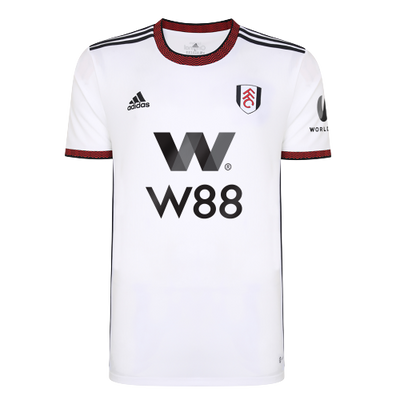